What is it all about?

For certain applications, timber intended for structural use must be strength graded to give a basic prediction of its structural performance, and to ensure it is at least strong enough for the highest expected load. In the UK, timber is graded in accordance with BS EN 14081.

Strength grading can be carried out by visual inspection according to strictly defined rules, or by a grading machine.

Once the strength grade is known, together with the species, a strength class can be assigned, which leads to the characteristic values needed for structural design.

When compared with structural softwoods, hardwoods in the medium-to-high-density ranges (including Oak), have:

Visual strength-grading uses the grader's experience to assess each piece of timber according to rules that define the size, type and number of strength-reducing characteristics allowed in each grade.

Natural strength-reducing features include knots, wane (the uneven edge caused by a residue of bark) and the slope of the grain. Other strength reducing features, such as splits or shakes (the splitting of the wood fibres along the grain) may have developed as a result of drying.

To make specifying easier, species and grades are grouped into classes or similar strength for softwoods and hardwoods. In both cases, higher numbers indicate stronger timber. Hardwoods range from D18 to D70.

The table below gives the grades practically available in European Oak.

Products related to this article 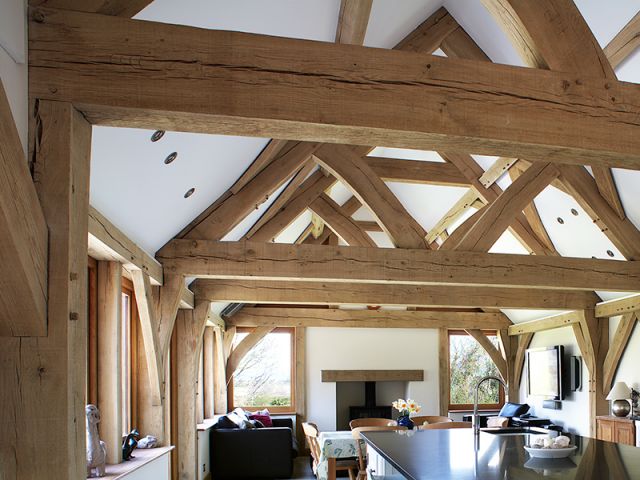 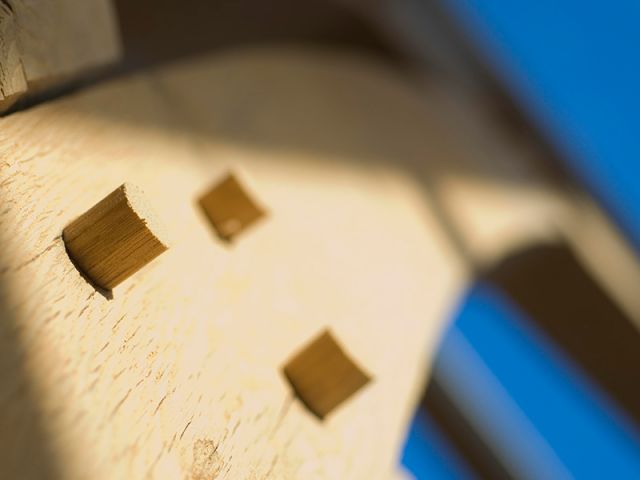 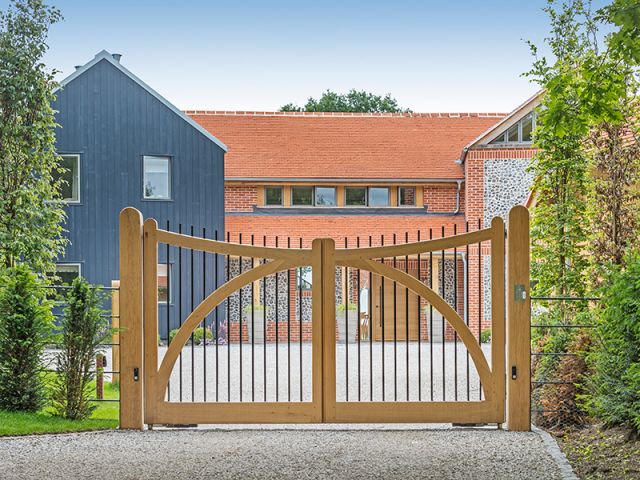 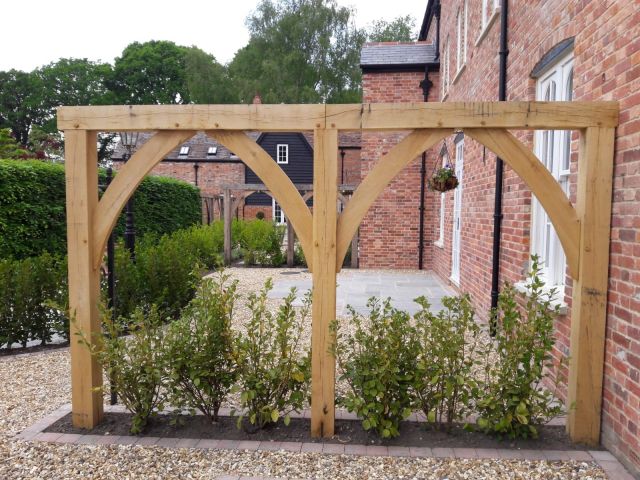 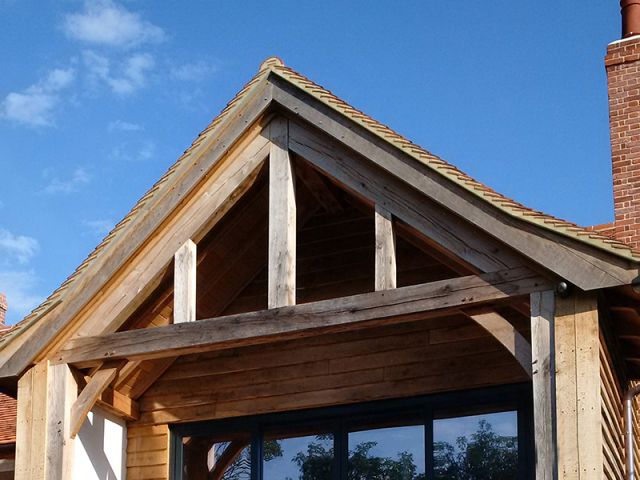 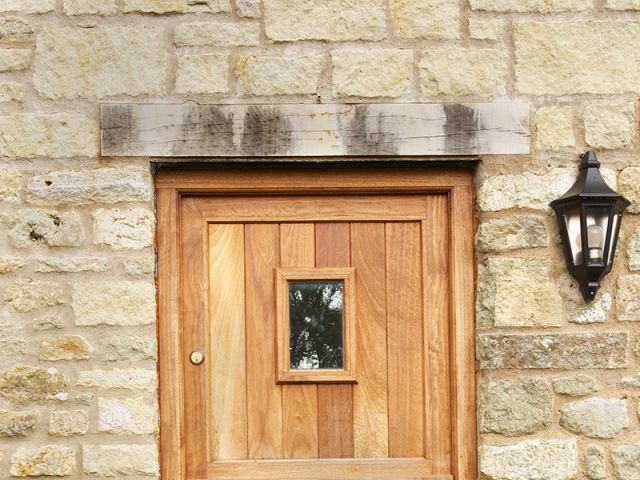 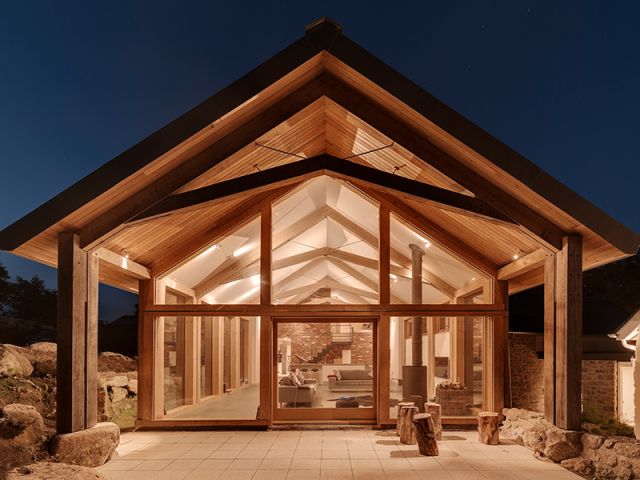 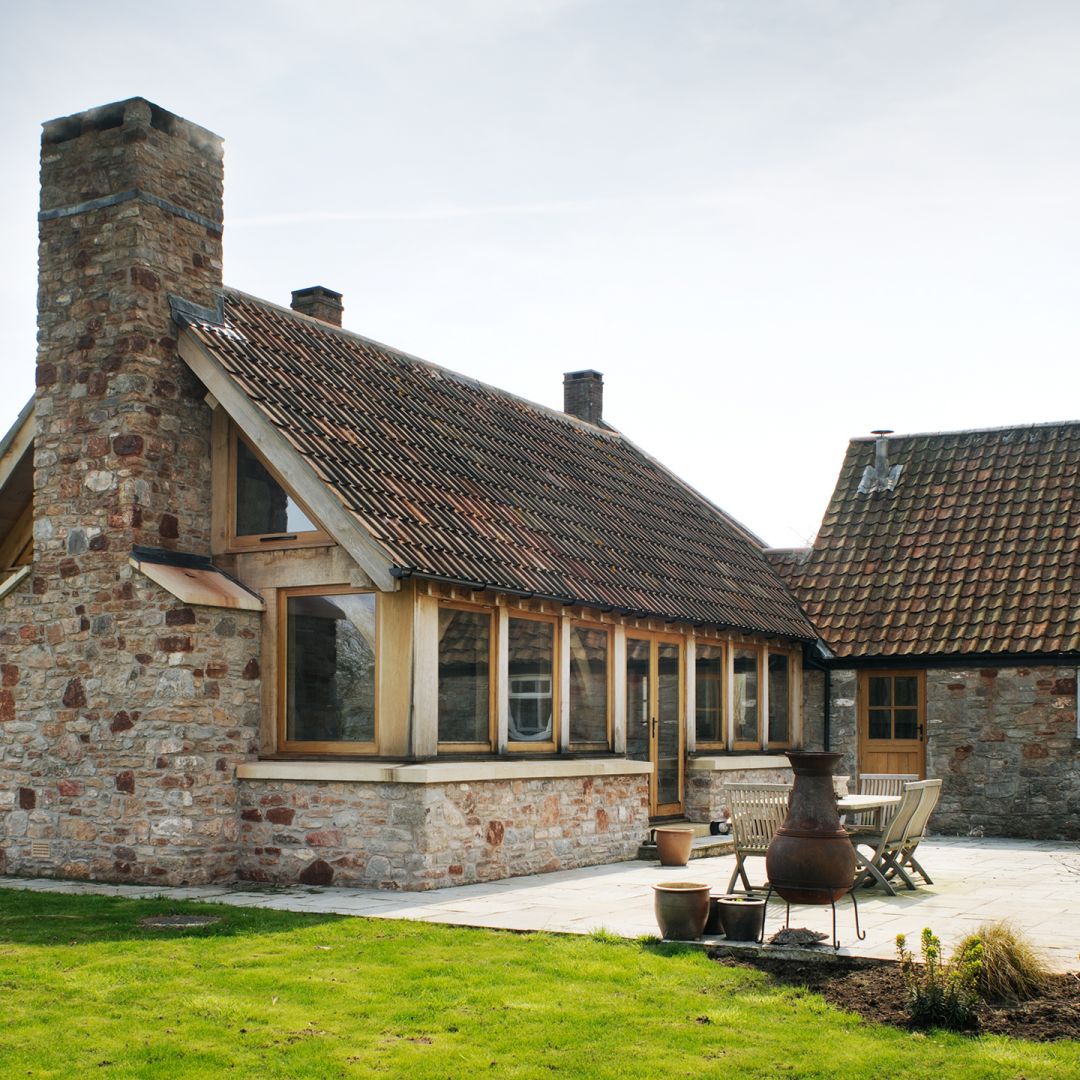 This is a quirky, yet traditional kitchen extension completed by Westwind Oak... 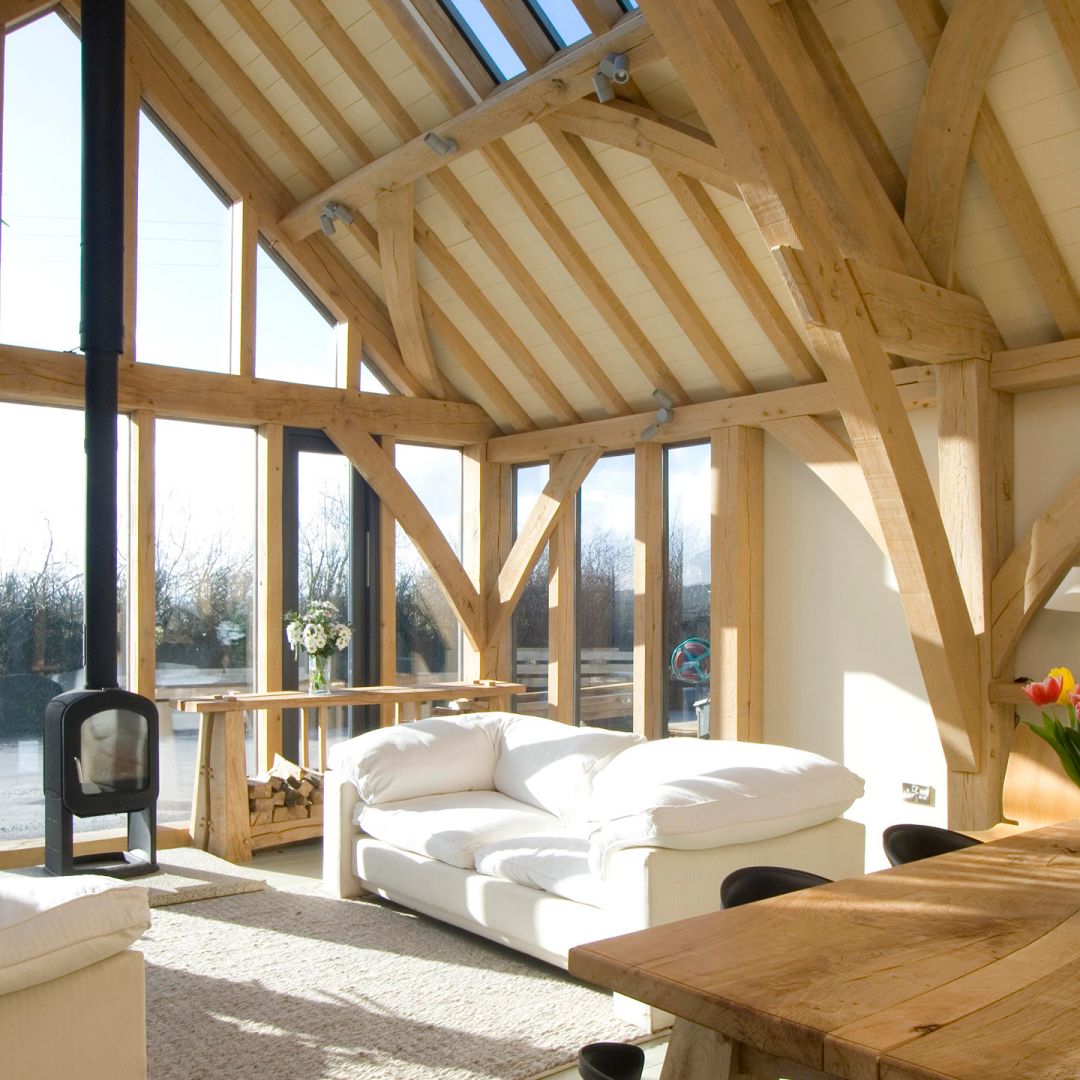 This stunning Oak frame was crafted by the renowned Carpenter Oak team in...

Like to discuss your project with us?
We're happy to help